Fisher Price loved marking their products "Patent Pending", but adding patent numbers they liked not so much.

Jolly Jalopy was a treat to play with, but Fisher was likely clowning around when adding the "Patent Pending" mark. This patent is simply nowhere to be found. 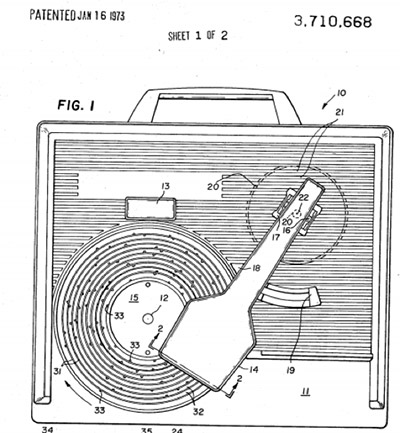 What Fisher Price "Patent Pended" was a little music box in the tone‐arm head‐shell. Knock me over with a feather. I thought I was truly spinnin' them records. But, come to think of it: they never liked being forced counter‐clockwise. 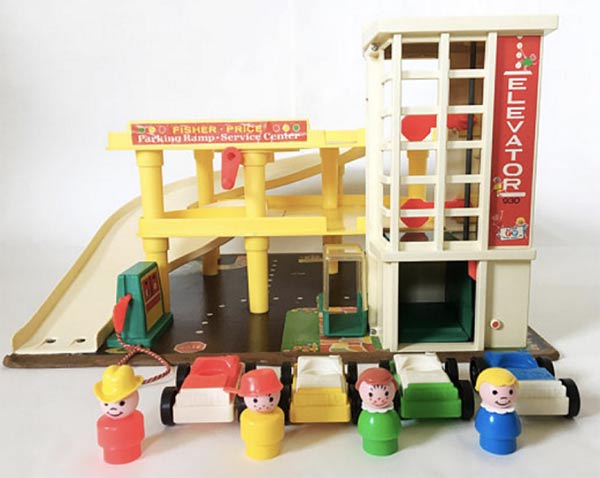 This hive of activity would not have been the same without the Patent Pending endless elevator drive that alternately raises and lowers the elevator car as the drive crank is wound in the same direction. Damn clever! 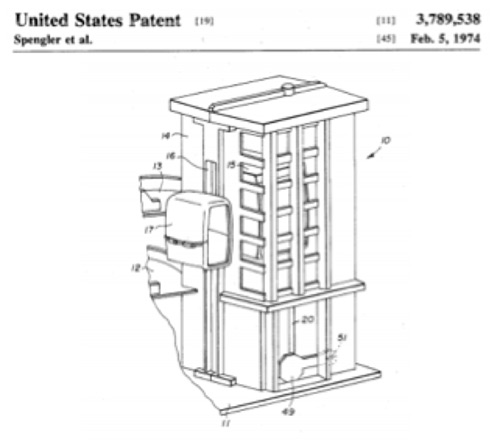 While I played with the Action Garage, my diligent sister taught in the School House that Fisher Price also claimed to be "Patent Pending", but the dog must've also eaten this patent application. 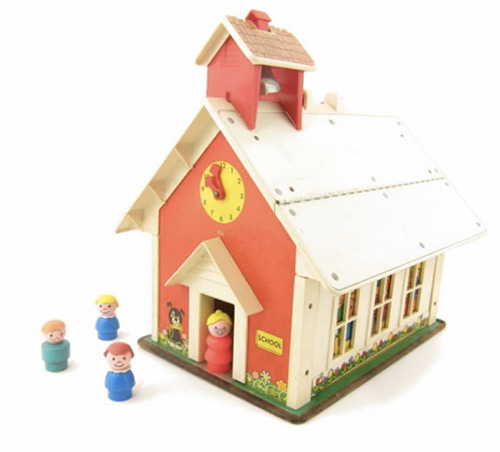 Bet you can't guess when this Musical Chime was patented? 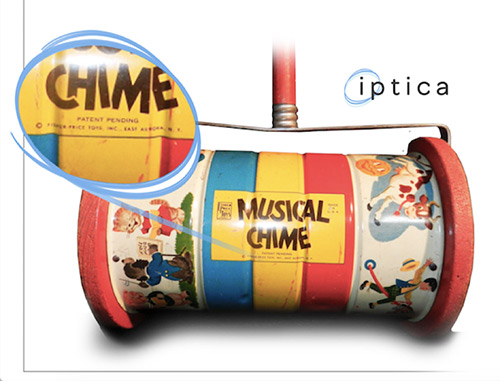 1954! The longevity of Patent Pending Numbers! Inside this little crowd‐pleaser was a series of patented musical chines and sprung hammers that transformed users into Hokey Pokey automatons. 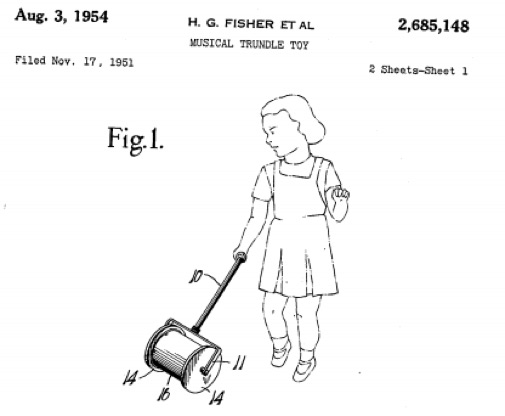 Then we get the classics. The "originals" that, with continuous iterative improvement, "re‐qualify" for "Patent Pending" numbers nearly 60 years on:

The Fisher Price Brilliant Corn Popper with a (1958) Patent Pending poppet for popping balls within the dome when driven ‐ an unwitting triumph in alliteration. 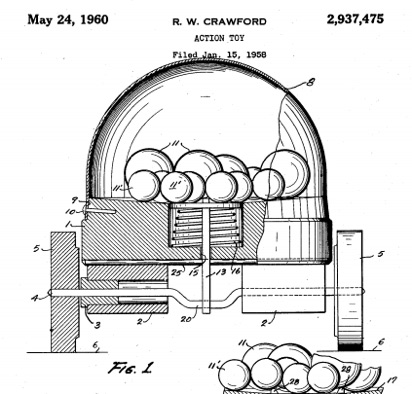 The Fisher Price Music Box Pocket Radio with a (1960) Patent Pending internal music box. As conveniently portable as a Cowboy hat; unless you were MC Hammer, this little number was proudly swung by the strap. 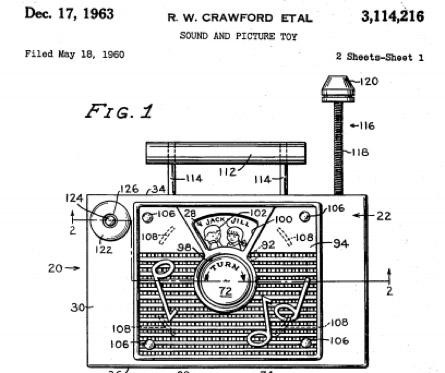 The Fisher Price Chatter Telephone with (1962) Patent Pending "vivifying means" (i.e. rolling eyes) that move when driven. 1960s children were clearly more active than kids today. And, pleated blue blouses don't hold a candle to classic dungarees! (not that that's really relevant, but I did love my turned‐up dungerees) 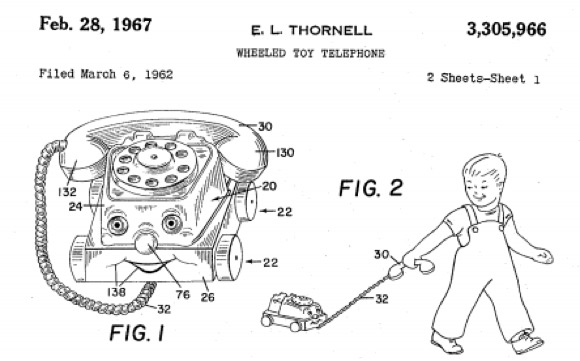 The Fisher Price Little Snoopy with (1965) Patent Pending V‐shaped wheeled axles that cause Snoopy's body to bob when driven ‐ perfectly mimicking the natural movement of a real cartoon dog. 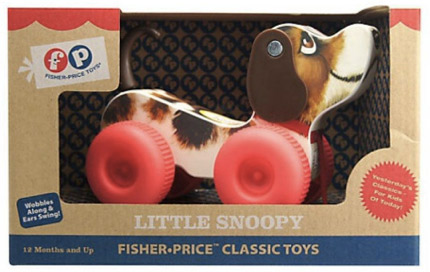 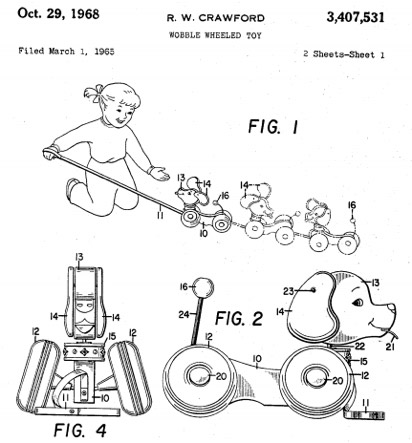 Thanks Fisher Price for these memories, and thanks Patent Pending Numbers for keeping cheap plastic knock‐offs out of my overflowing toy box.