Evolution of the breakfast cereal patent

The humble breakfast cereal, begotten as an oat in milk, rapidly evolved into the puffed, peanut‐butter flavoured, corrugated‐concave‐topped "ready to eat" treat for which we eject from bed today.

Here's a frame‐by‐frame review of its incredible evolutionary journey:

In hindsight, it's admittedly small … and a little flat, but this was the unremarkable beginning of an exceptional journey. 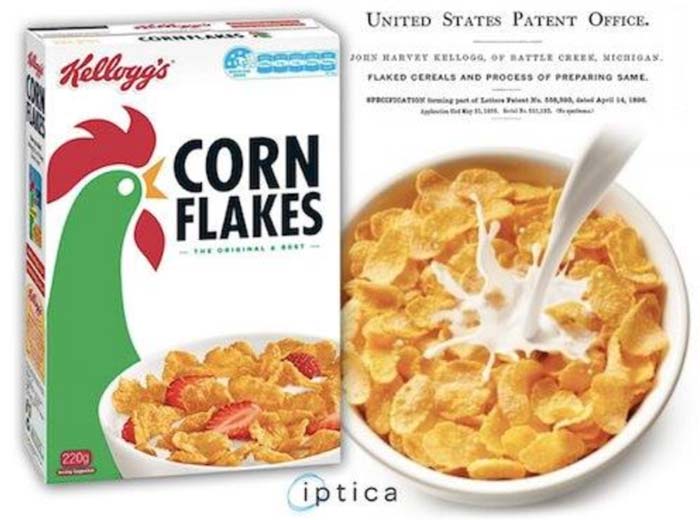 The perfect accompaniment to wine at Galilean wedding feasts. But, having savoured a swollen kernel, people quickly wanted more. 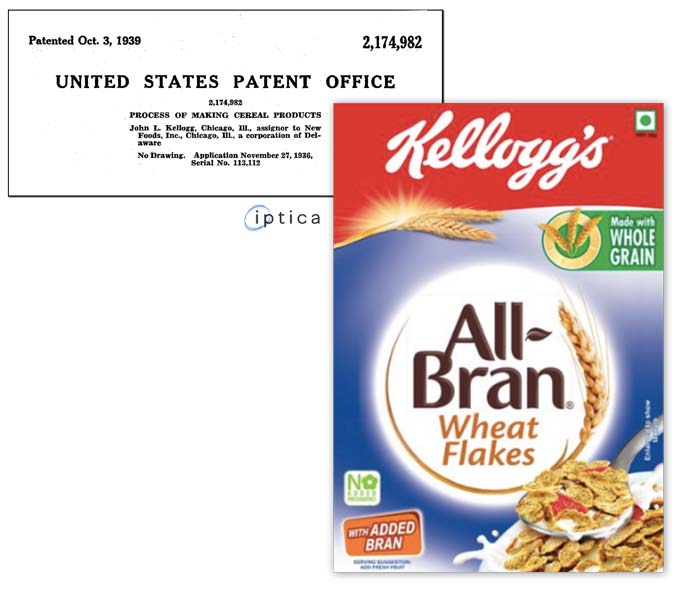 Heating the cereal above 250C to cause it to puff

Now, something that would otherwise have fitted into a delicately small container could be sold in a satisfyingly large, yet light box.

Puffing ‐ widely acknowledged as the zenith of the evolutionary path ‐ left no option but to branch left. 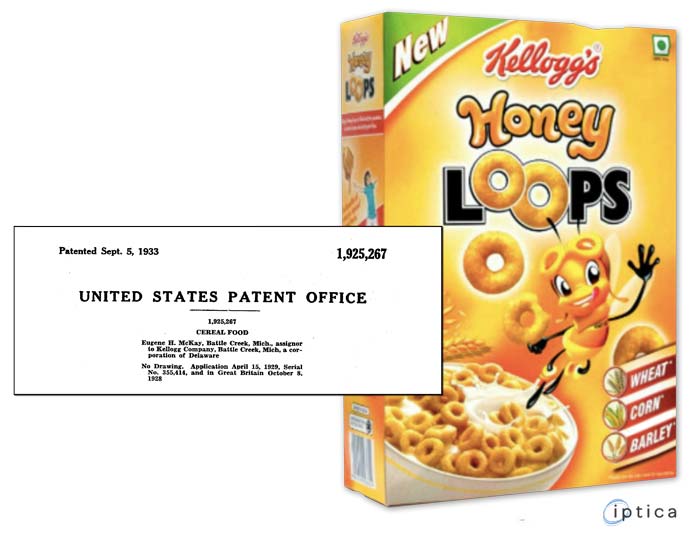 Control over fracturing passed to mastication of man; the crunch regulated; the flake tamed. 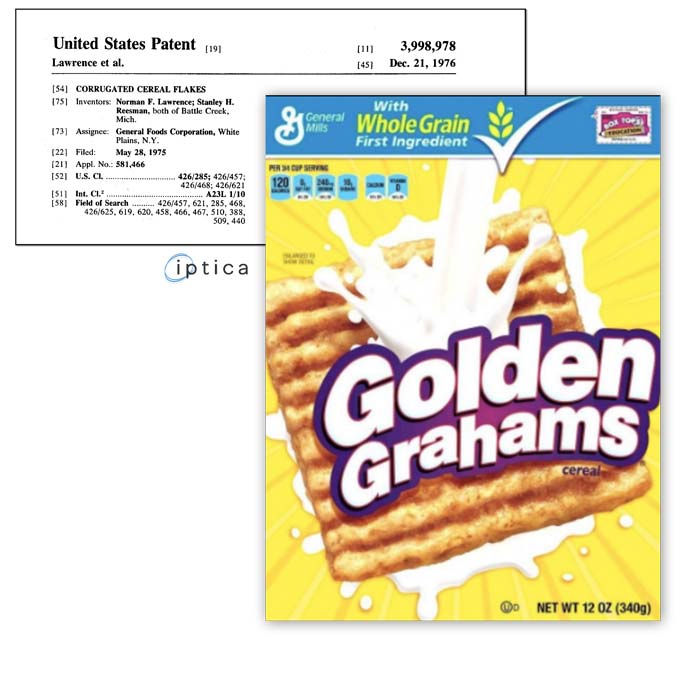 For reasons as cogent as topping‐off a present with a bow. 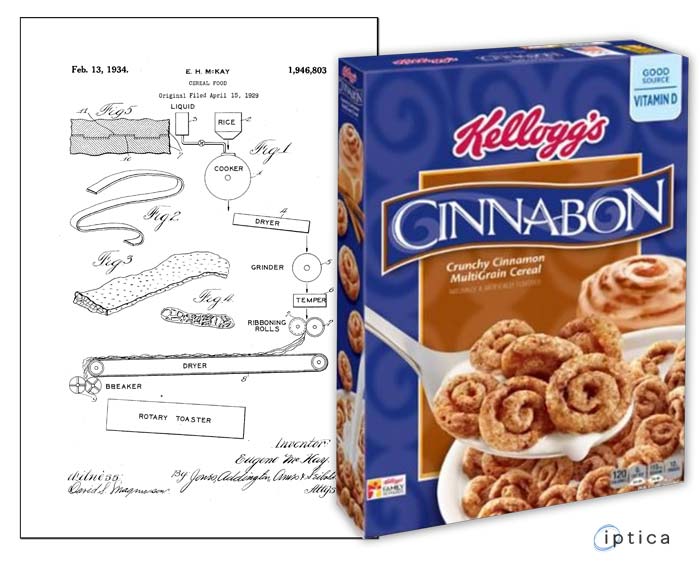 Breaking the cereal into small particles

Admittedly, comparatively exceptionally underwhelming, and disputed as a "step" by some. 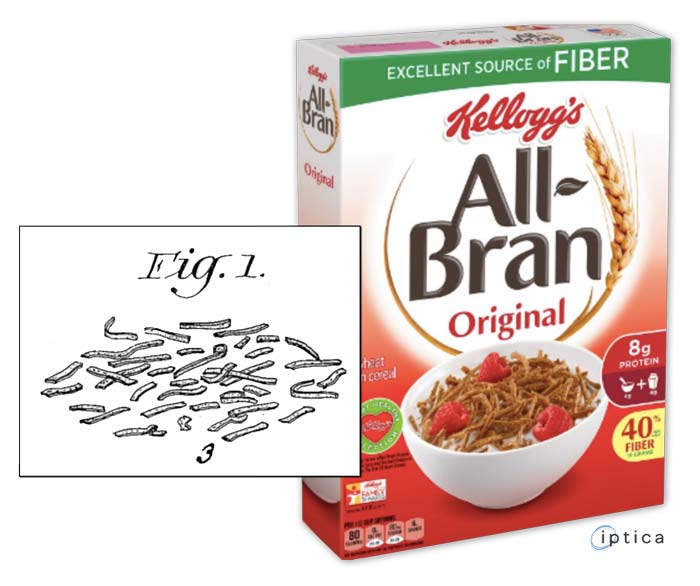 Having navigated the doldrums, this gem of the renaissance provided the perfect recess for: receiving berries and fruit; and facilitating penetration of milk. 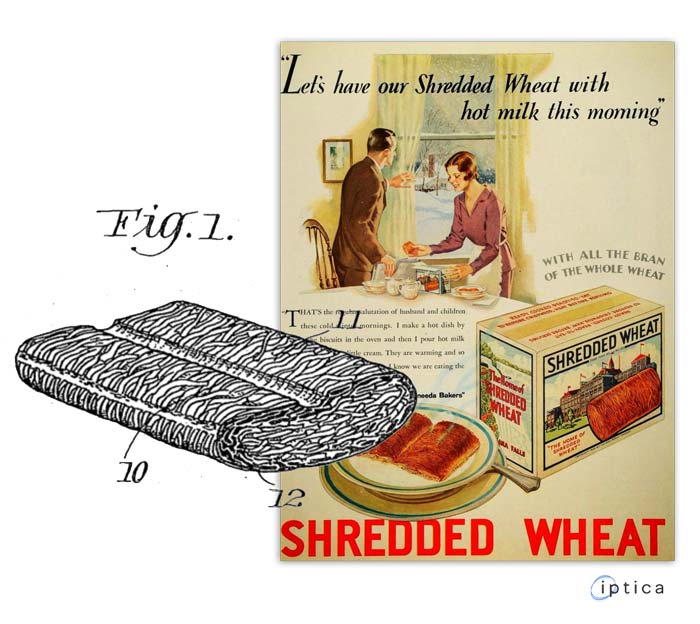 FRUIT 'n FIBRE's patent rest for a menage a deux:

Adding freeze‐dried fruit with a moisture content less than 3%

Originally dismissed as "youthful exuberance", but the cork had popped. 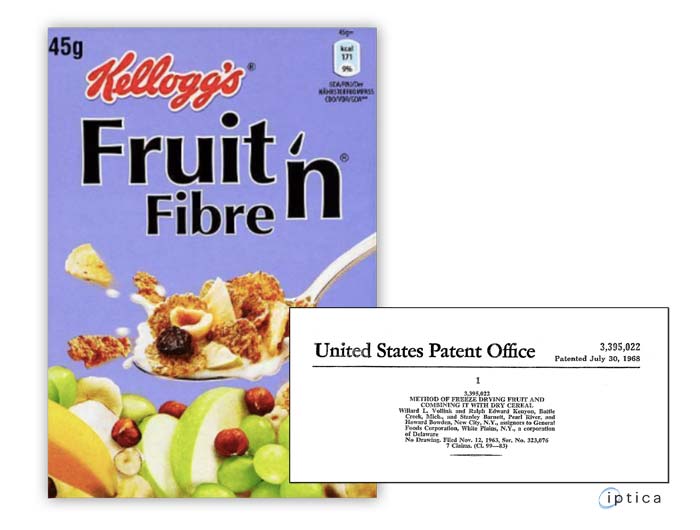 Adding peanut butter to the bran

Finally, the once humble cereal surrendered to the spiraling momentum of convenience … 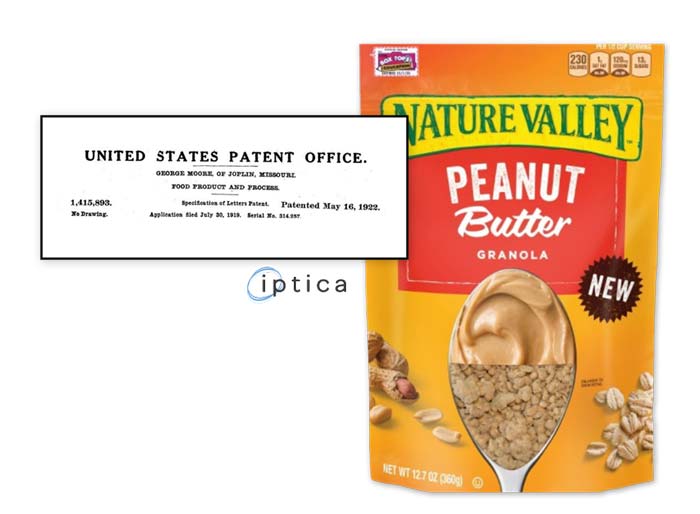 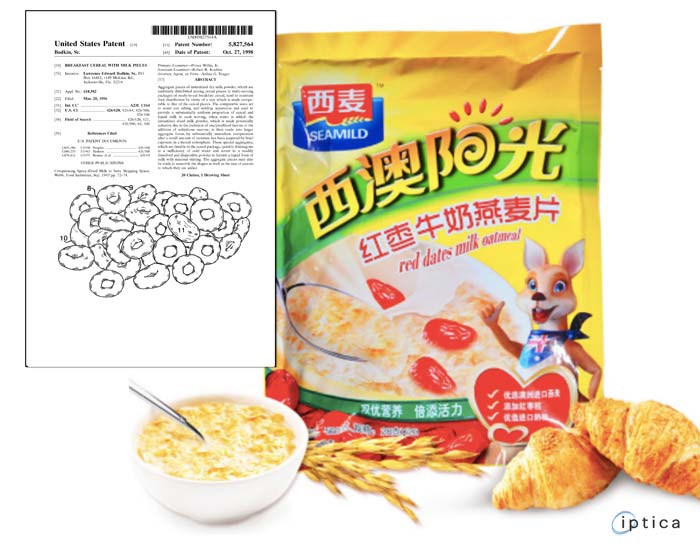 Read more about the above patents.