Most parents have the fondest memories of Kinder Surprise Eggs ‐ they were simply the best. I bet you also recall the pang of disappointment when happening upon the "new" Kinder egg. What made this wonderful Surprise into such a Disappointment? If you listen to Ferrero, it was bloody Health & Safety and the expansion of Nancy's city limits beyond France. But, actually it had more to do with patents.

"A hollow two‐part chocolate egg with an internal plastic container made of two almost identical parts, which in turn, contains a small toy."

Sure, a few of them broke, but the ones that ended up on the checkout counter shelves intact were niobium magnets for kids. The chocolate was ok (maybe, a little thin), but that little yellow plastic container was the undeniable treat. Not only was the toy a 1‐minute LEGO set that never left you scratching your head; put a few together, and with the sugar rush from the prerequisite chocolate eggs, car playtime was guaranteed fun time. 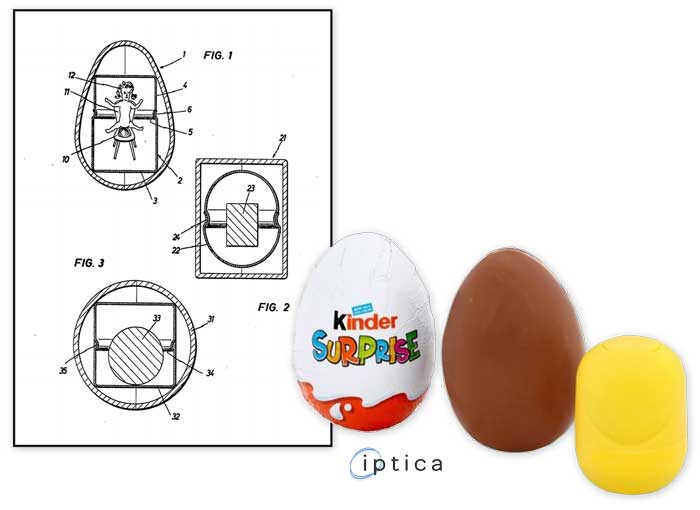 The "improved" (but not) Kinder Egg

But, 1994 saw Ferrero threatened with expiry of the patent that laid the golden Kinder eggs. First prize was a new 20‐year patent for the same product, but how to go about this? They needed to identify "problems" and "invent" ground‐breaking solutions to "solve" them. After a cursory analysis, Ferrero concluded that: 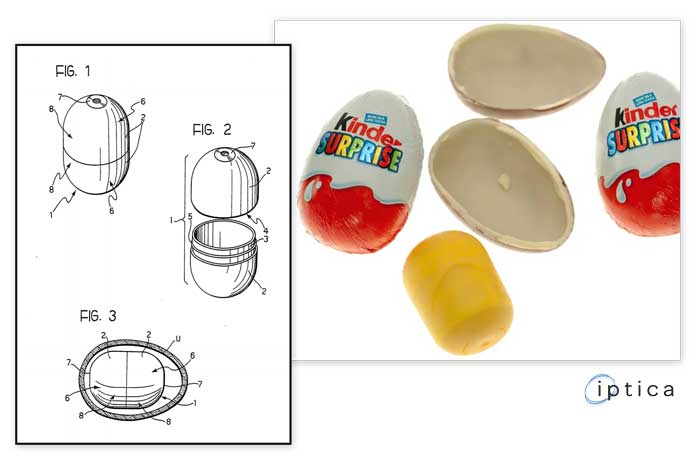 So, four years later, Ferrero adapted their egg to a Fully‐Compliant H&S Kinder Egg including:

This they also patented. 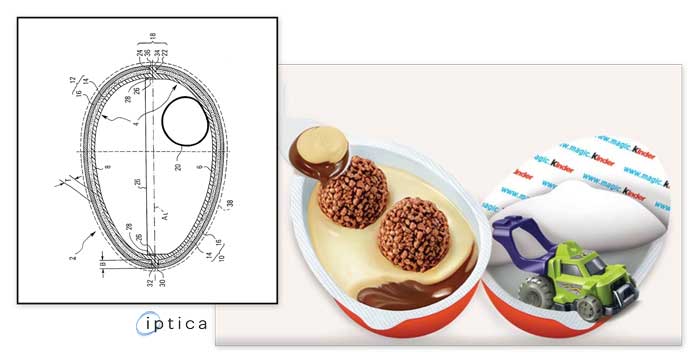 But, where was the toy? Without the toy, they simply did't sell. So, Ferrero emptied one of the non‐edible egg shells of its chocolate goo, and added an pre‐assembled toy.

But, it's just not the same. They should never have messed with a good; no, a perfect thing!